So my original plan was to ride the MTB on the off road route that I took the cross bike on. However the wet weather put paid to that - instead, I had a cold, wet ride down to Brighton "on road" today. 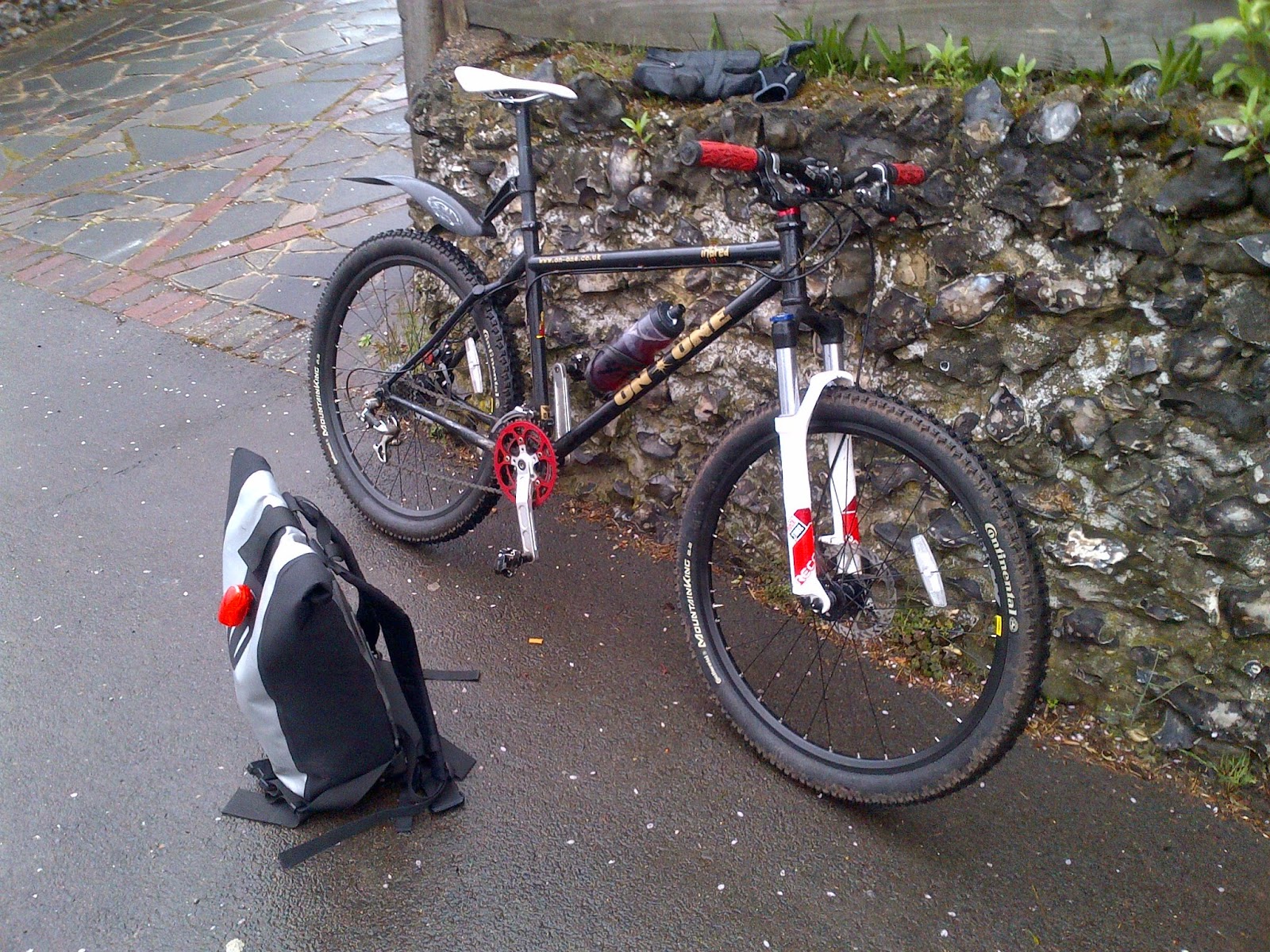 Of course, the beautiful thing about a Mountain Bike is that it is built for going up mountains - therefore the hills of Southern England were more than adequately catered for. But Mountain Bikes are not built for going fast on roads. They don't have the "top end" gearing, but most importantly, they have big fat tyres with nobbly rubber bits on them. This makes for hard going on road - I could keep a decent speed, but was having to work for it. 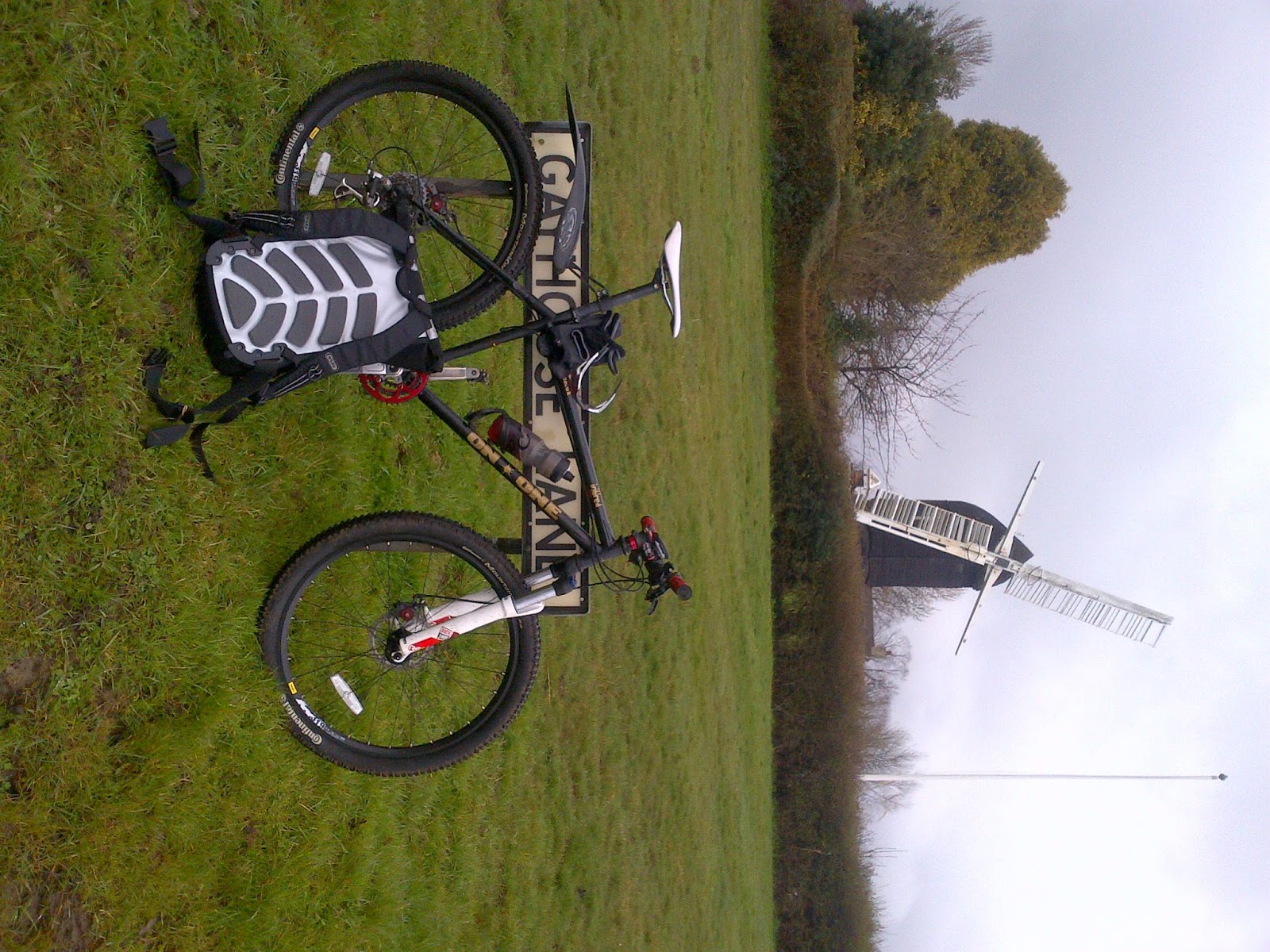 I was already feeling a bit knackered by the time I got to the windmill! 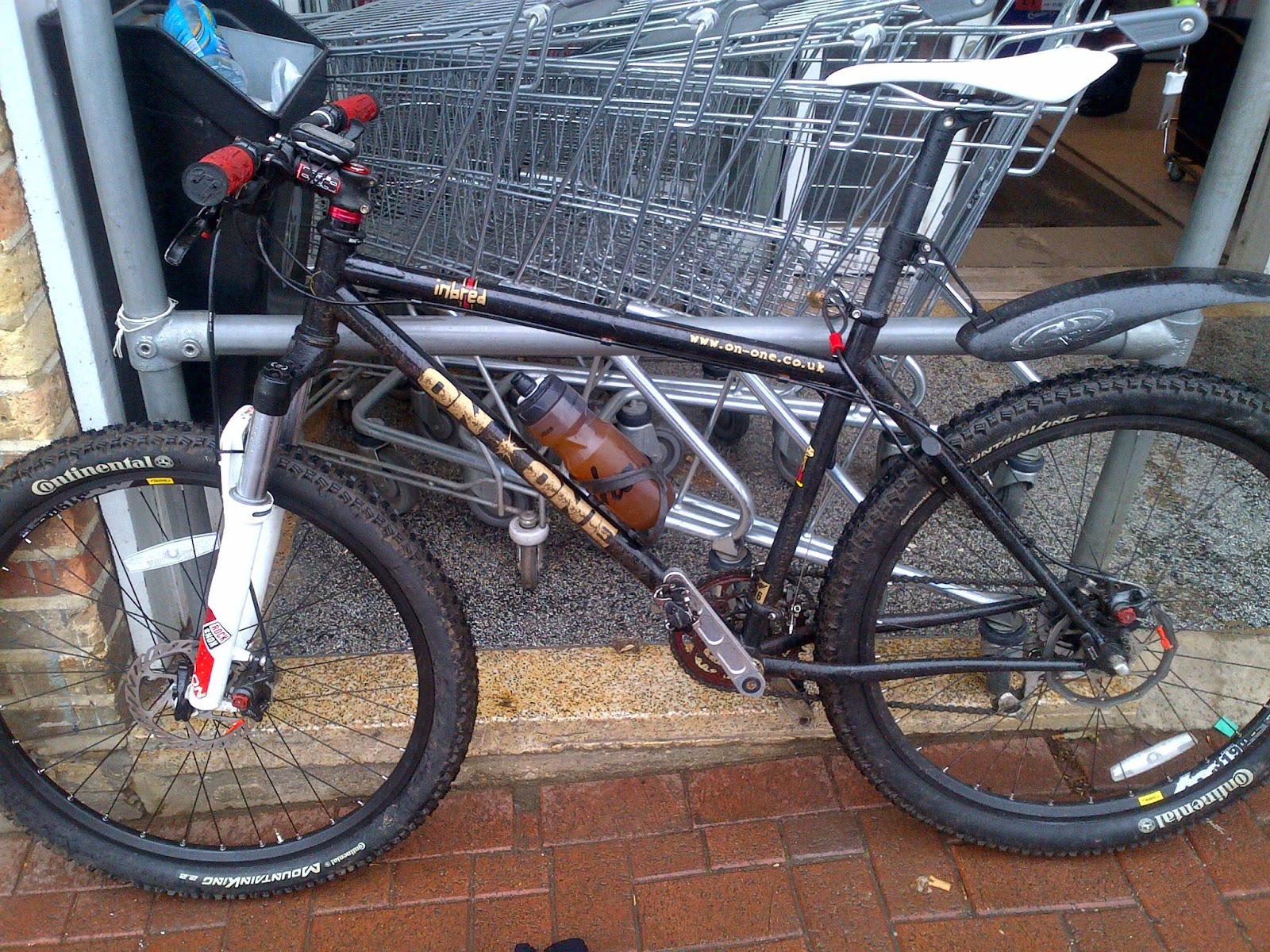 And my level of fatigue was such that I needed a quick stop in the co-op at Lindfield to recharge on sports drinks, bananas and pork pies - in fact I think it was the effort the bike required rather than the cold and the wet that made me demolish so much food on this one! 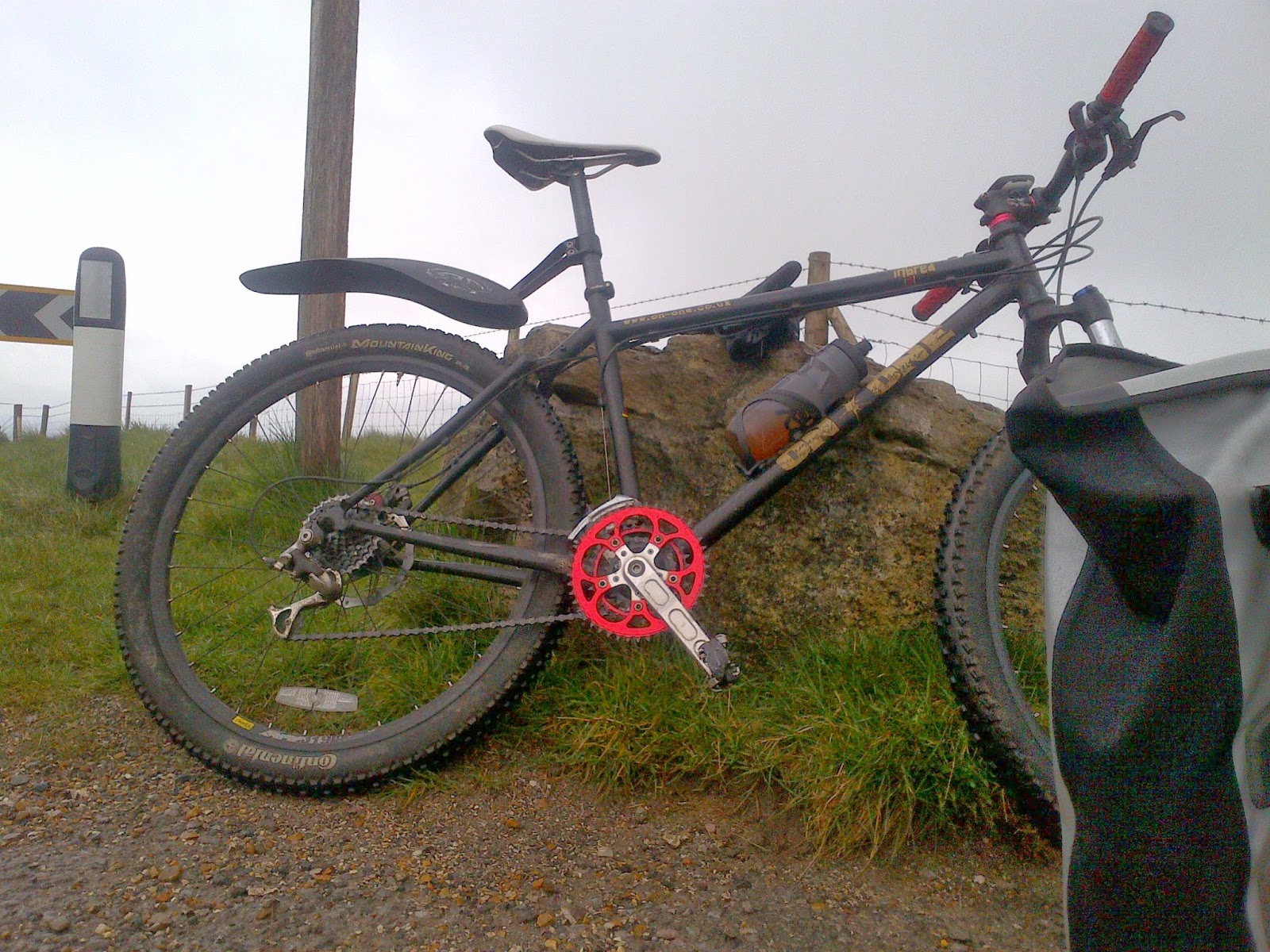 I'd like to say that Ditchling was conquered convincingly - but really I just stuck it in a really low gear and grinded my way up!﻿ 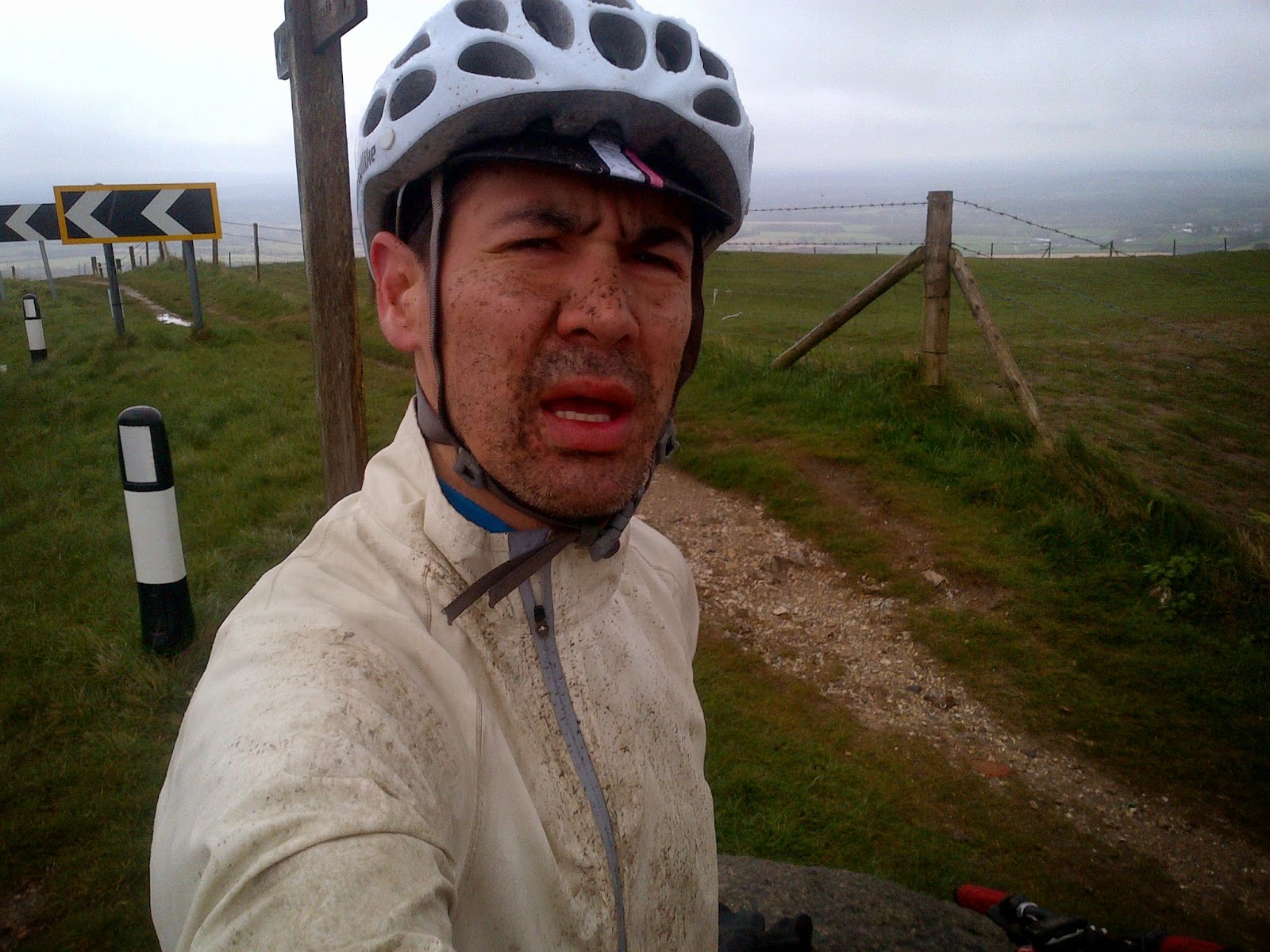 Whilst I had a mudguard on the back of my bike - I didn't have one on the front - that resulted in the tyre throwing up lots of lovely mud from the road onto my jacket. And my face...! 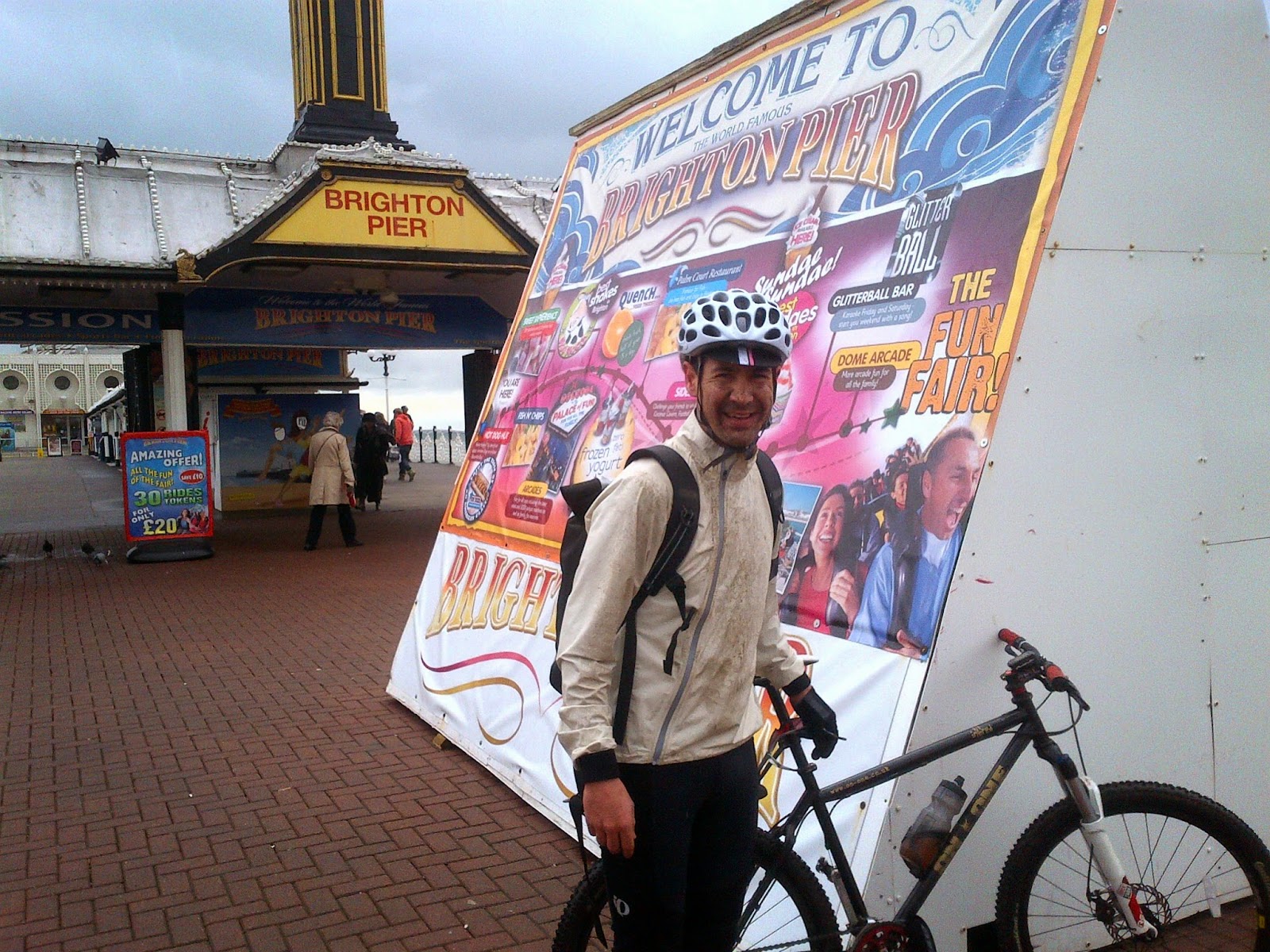 Phew - hard work that one - good time, but hard work!