Right. Time for the rematch. Having been put on the deck by a Boris Bike once, I was determined not to let this happen again. I prepared by - well, not getting much sleep as poor old Orly was teething! Having learnt from my previous errors, I studied weather forecasts, I got up early and I took a backpack with lots of food and liquid. 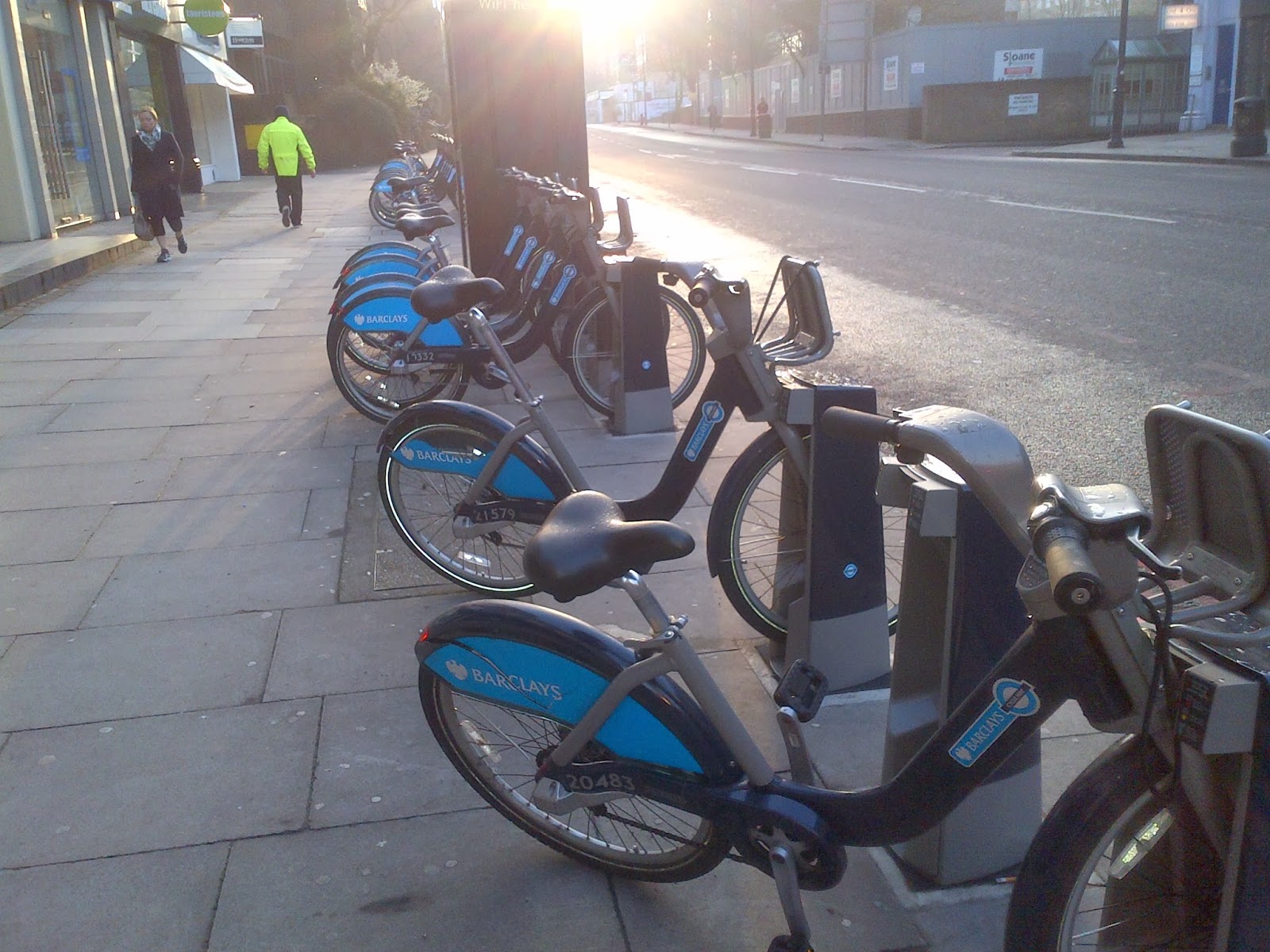 The bikes were there and ready for me. I walked up and down the line and found myself a likely looking candidate. Checked the tyres. Turned the pedals round. Changed the gears. Paid my money, inserted my code and was off! 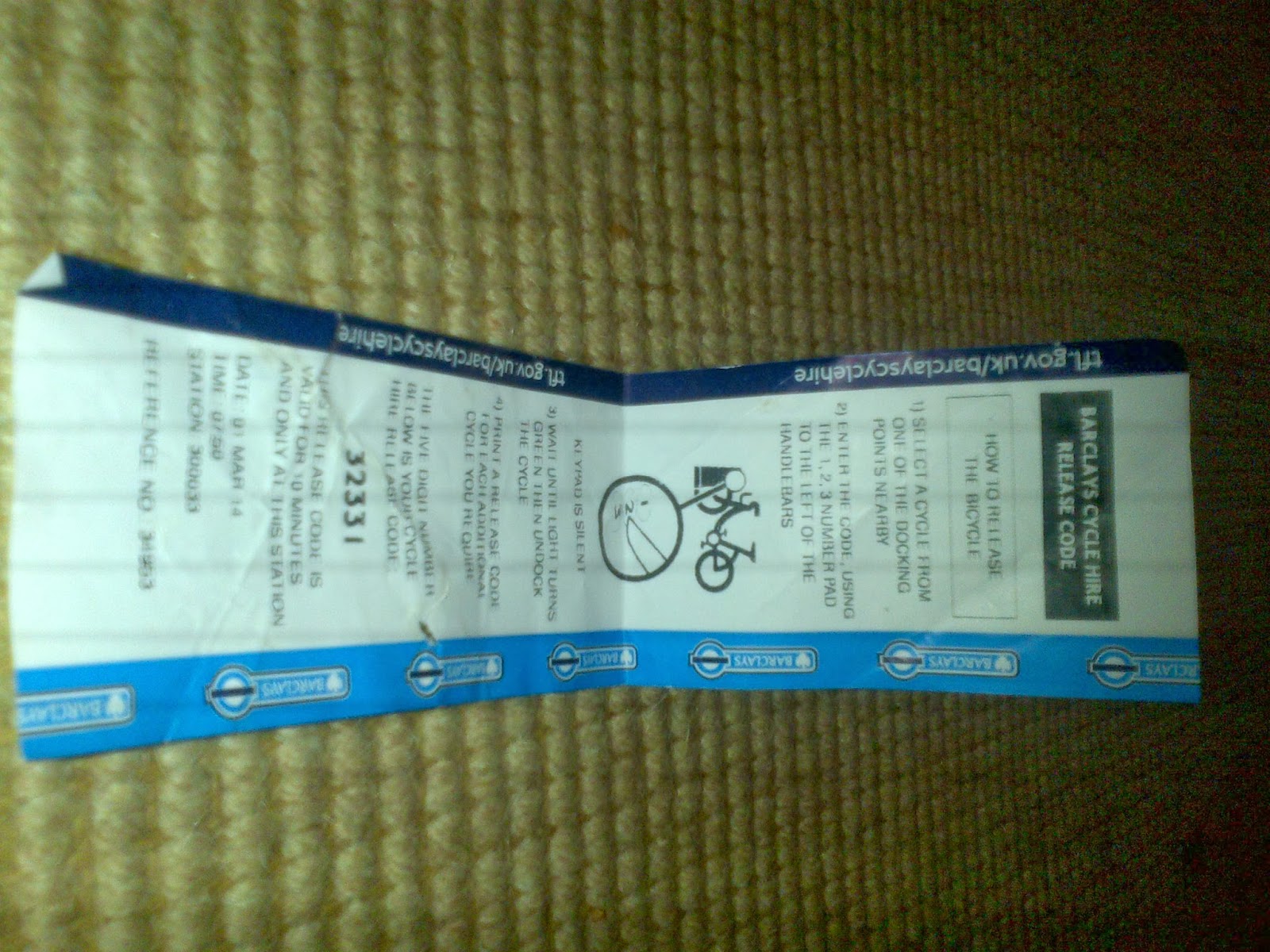 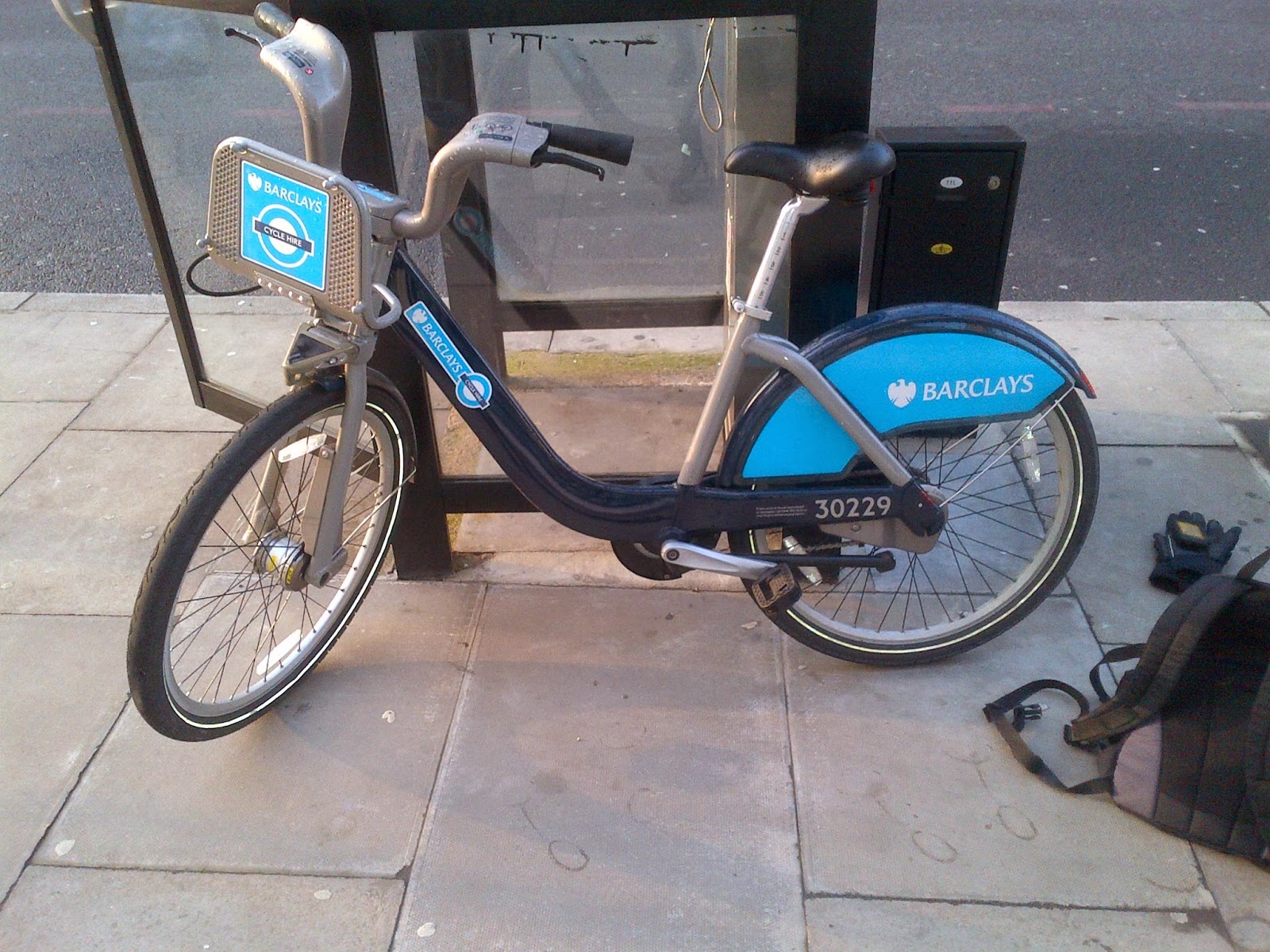 Literally within about 5min of riding, I remembered what I hated about Boris Bikes. The weight. The ridiculous riding position. The thick, inefficient tyres. The incredibly lumpy and uncomfortable saddle. The fact that the gears seem cruelly organised so you are never in a comfortable gear for riding. The odd noises from the whirring front dynamo, the squeaky back end and the crunchy gear box. It was going to be a LONG ride...﻿ Incredibly the Croydon Road out of Purley into Caterham was shut for virtually its entire length. Really mad it was - massive piping running the length of the road, huge holes in the road. Luckily it was ok for a bike to pass - and actually made for some nice cycling.... No cars revving past me and I got through fine. 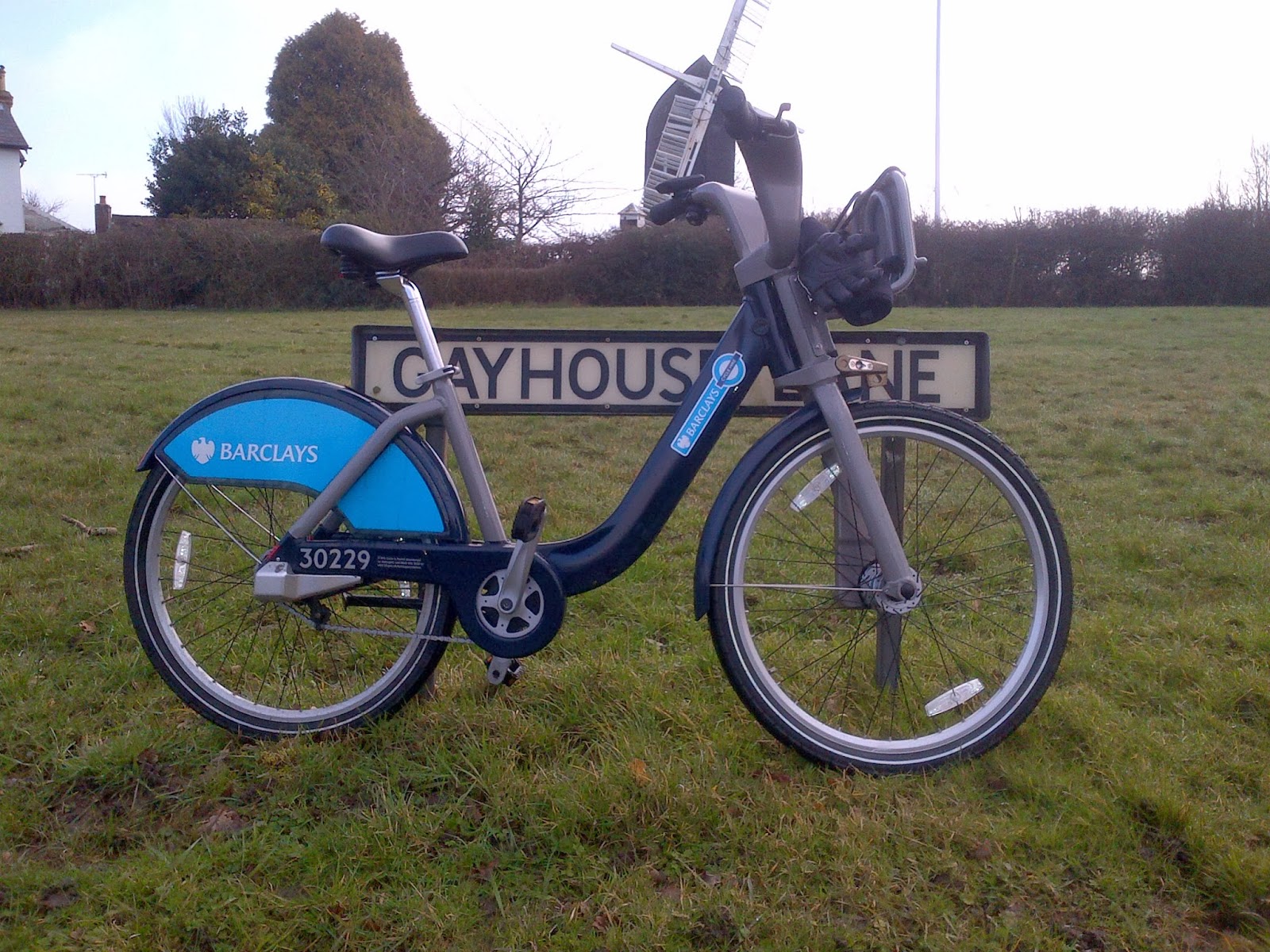 The riding was as painful and slow as it always seems to be on a Boris Bike - every uphill becomes an ordeal as you lug the 23 kilos of bike up it and every downhill, you spin out at about 18mph and sit bolt upright with your body position acting as a massive airbrake! 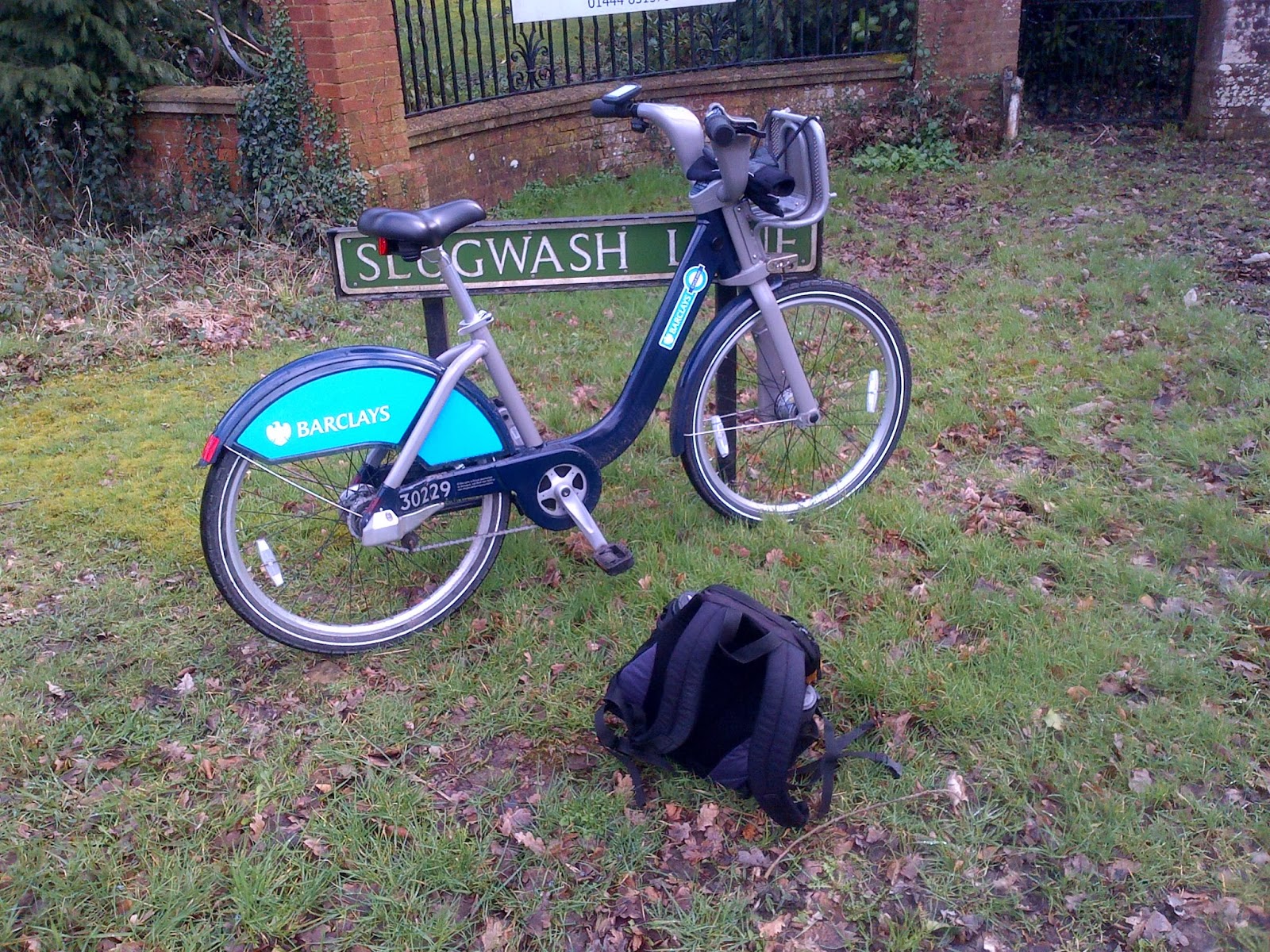 Particularly horrific were Turners Hill where it felt like I was pedalling through treacle and the area around/just after Walstead where the succession of small steep hills took all the power out of my legs. I was stopping regularly (every 45min or so) to try and get some feeling back in my legs, take on food and water and to stretch out. I had also worked out that if I hunched over the bars and ducked down, I could get a more "aerodynamic" position. I felt very stupid, but it did make a difference - downhill I could carry the speed for longer which meant less pedalling which was very good! 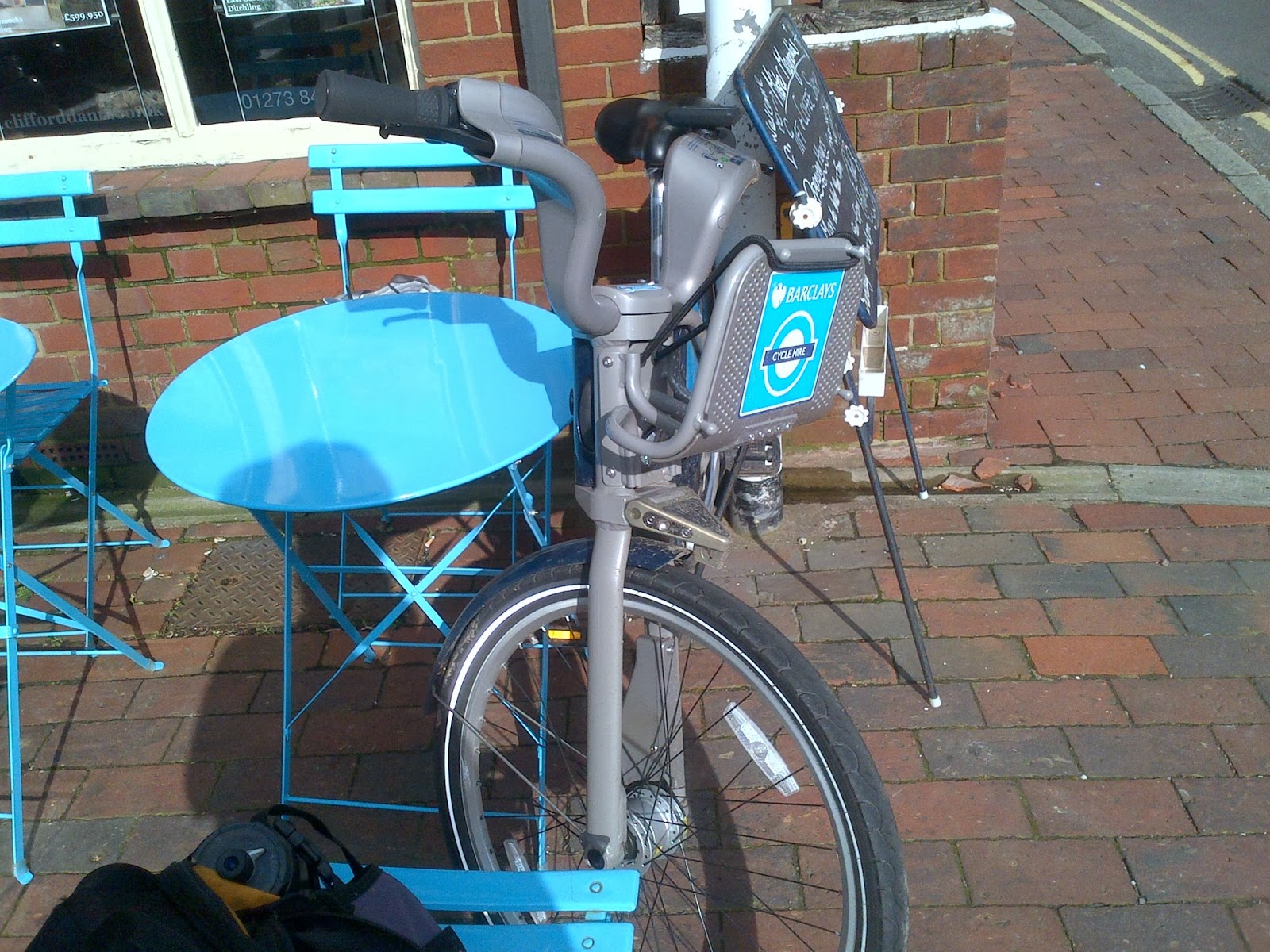 Before attempting the Beacon, I stopped at the café in Ditchling and had a very hard earned coffee and sandwich. I cannot remember the name of the café (I'm so exhausted when I get here!) but that's the second time I've stopped there and they're always very nice. I then took off (slowly) and headed for Ditchling Beacon. I think that it must be the location of Ditchling Beacon which makes it so hard - it never really ramps up to "silly" gradients, but you are pretty tired from all of the riding you've done to that point. Luckily the gearing on the boris bikes is so low that you can just about keep turning the pedals despite fatigue and weight. 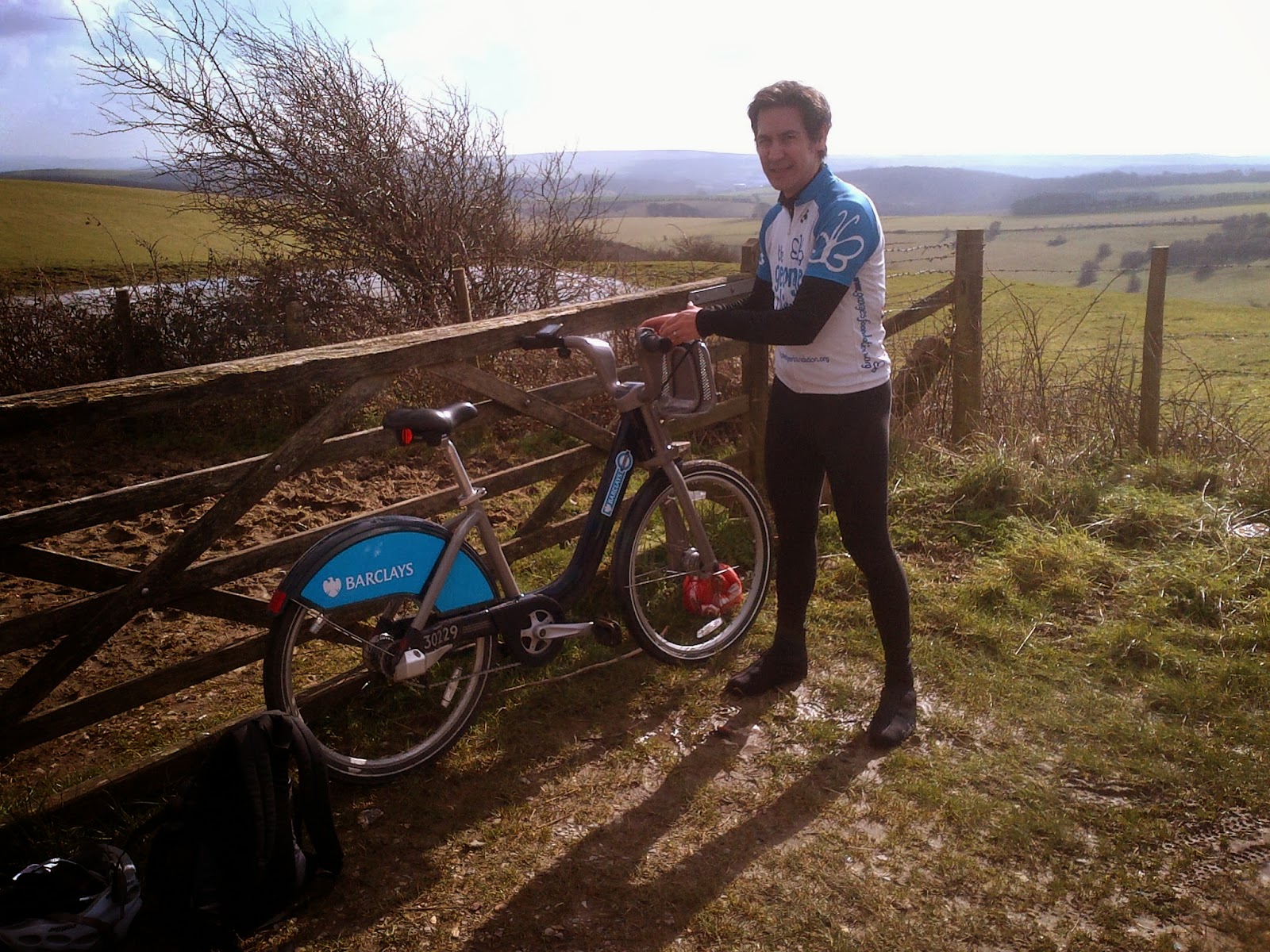 I managed to get to the top without stopping - a Motorcyclist cheered at me coming the other way and there was a group of guys on road bicycles at the top who gave me a cheer too. My triumphant entry was rather ruined by the immediate and painful attack of crippling cramp that I got when I pulled into the side - I slumped over the bike so someone had to hold it for me whilst I rather ungracefully dismounted! Was glad that didn't happen halfway up the hill though.... 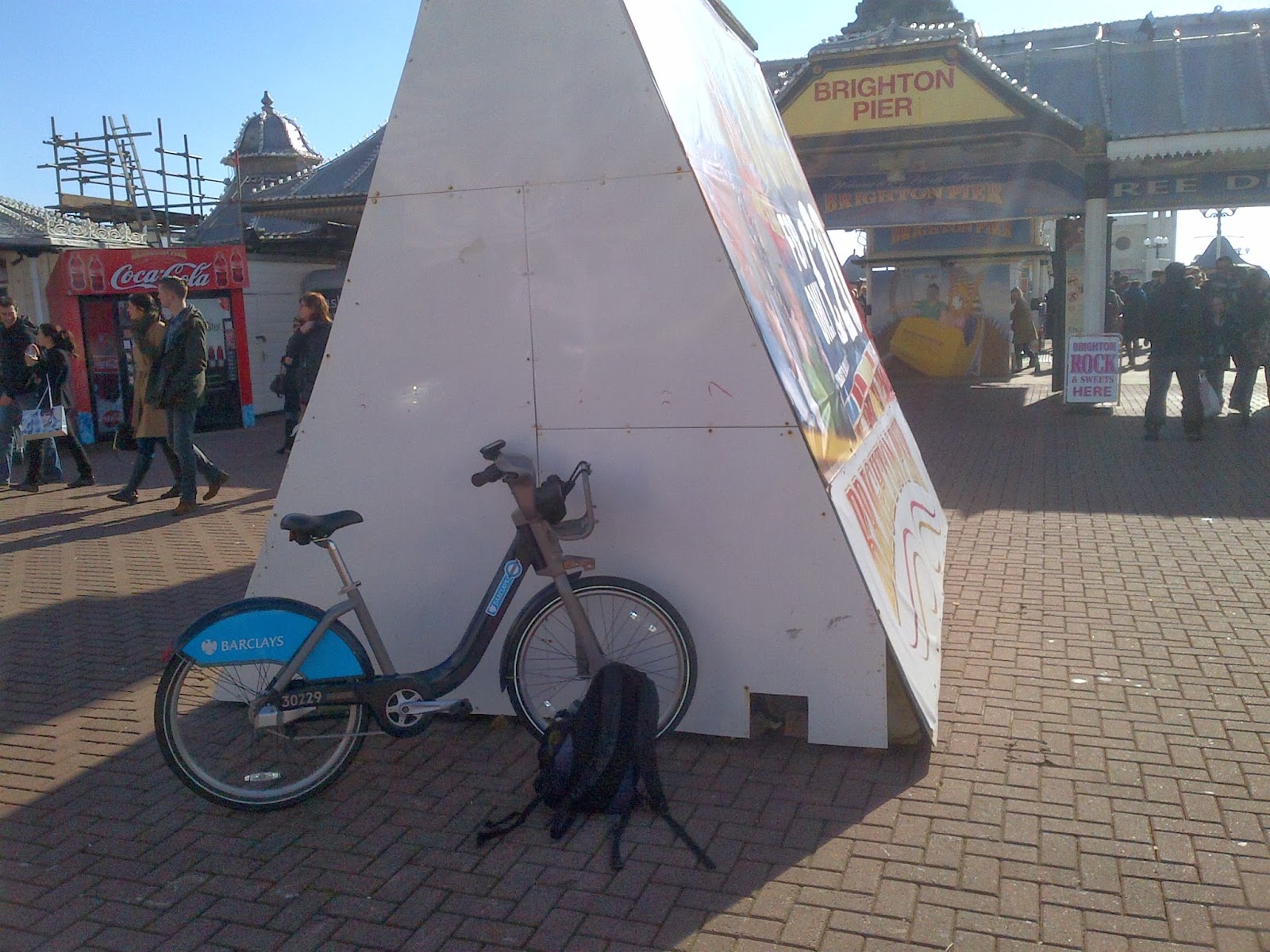 I cannot tell you what a relief it was to get to Brighton Pier - it was gutting to have been defeated by this last time out and in my head I had built it up to be an impossible task. Turns out it was perfectly possible, just pretty hard! Thank you to all the people that gave me very nice words on the way - and to the lovely lady on the train on the way home (diverted via Littlehampton and 2hrs 25min rather than the usual 55min) who not only gave me an energy bar to keep me going, but also made a donation to the cause. Thank you. Right - 9 down, 3 to go!