Oh dear. I mean, I know this was a pretty hard challenge, but I wasn't expecting this. 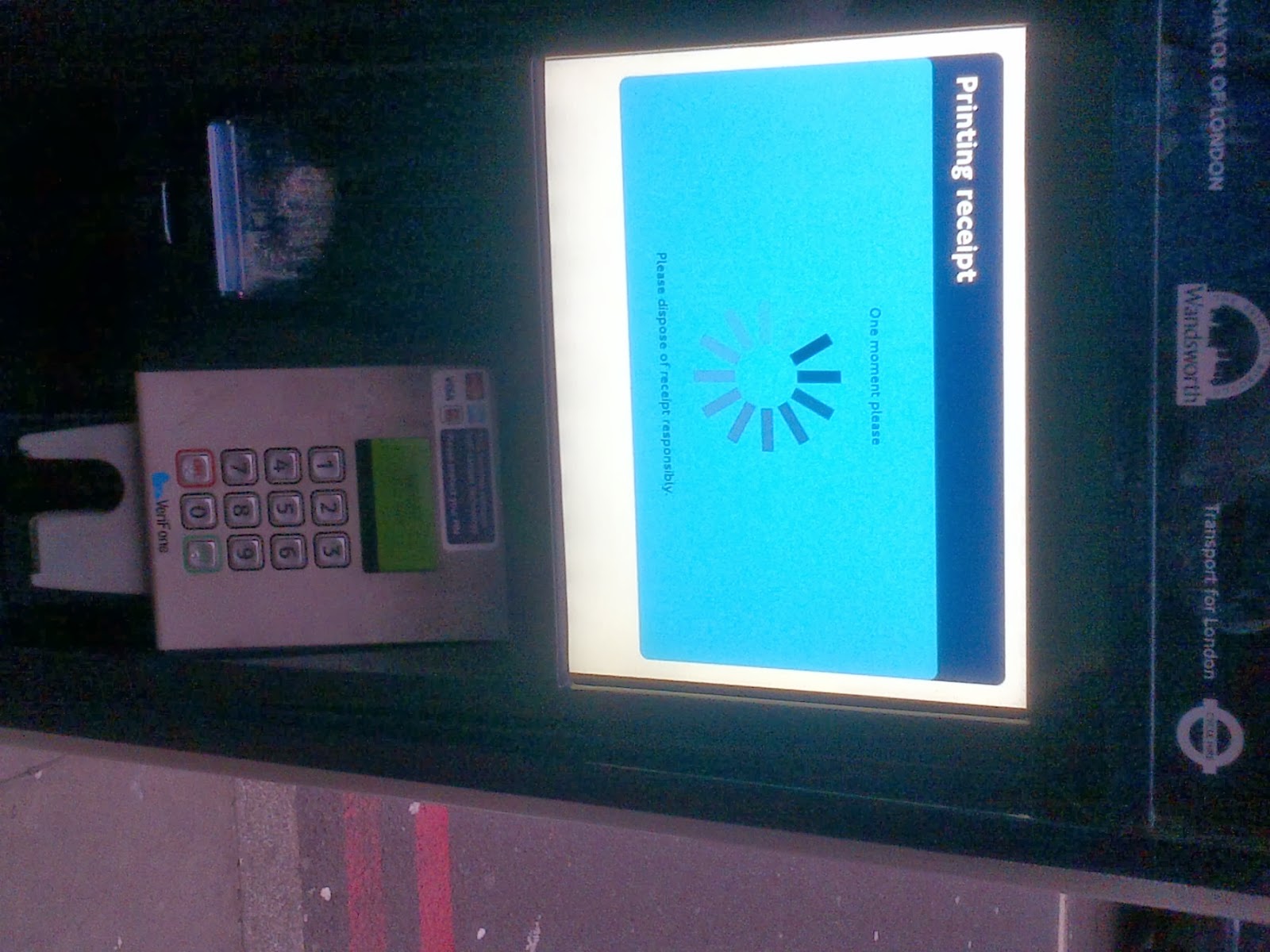 After some initial teething problems (not being able to get the bike released due to the machine being out of paper to issue me a code, although the helpline sorted me out pretty quickly), I managed to pick out my bike of choice and set off. 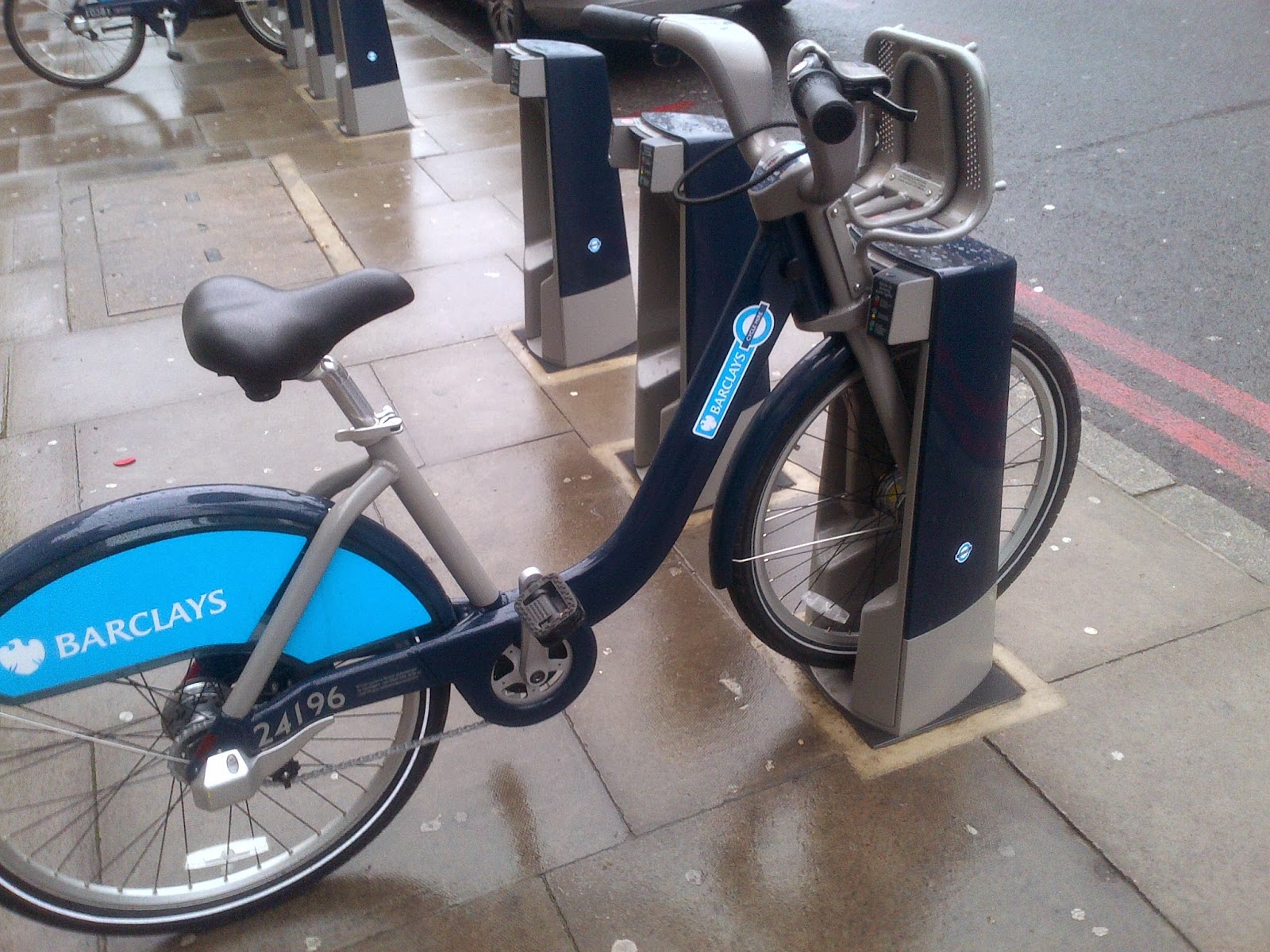 Its a bit of a leap of faith picking out a Boris Bike for a long journey like this - you check the tyres, make sure it doesn't look too battered and hope there is nothing integrally wrong with it!

Due to Xmas illness and the horrible weather (headwind and rain), I wasn't feeling too confident about this and when you aren't feeling good, little things just seem to count against you. There was the bloke who leaned out of his car just outside of Croydon to scream abuse at me (whilst going the other way), there was the guy in a lorry who pulled back in on me as soon as the cab had passed me (forgetting that the lorry was some considerable length) and the guy in a white van who kindly and deliberately blocked a cycle lane and then mouthed off at me as I cycled past. You normally shrug off this kind of incident - but when you are feeling a little dispirited anyway, those things kind of count against you and I never got into a real flow on the bike - even some of the odder bikes I have ridden, I managed to get "into" the bike - to enjoy its foibles and distinctions, but not the Boris Bike. I'll write it up properly when I do it properly, but I was having a horrible time riding it. 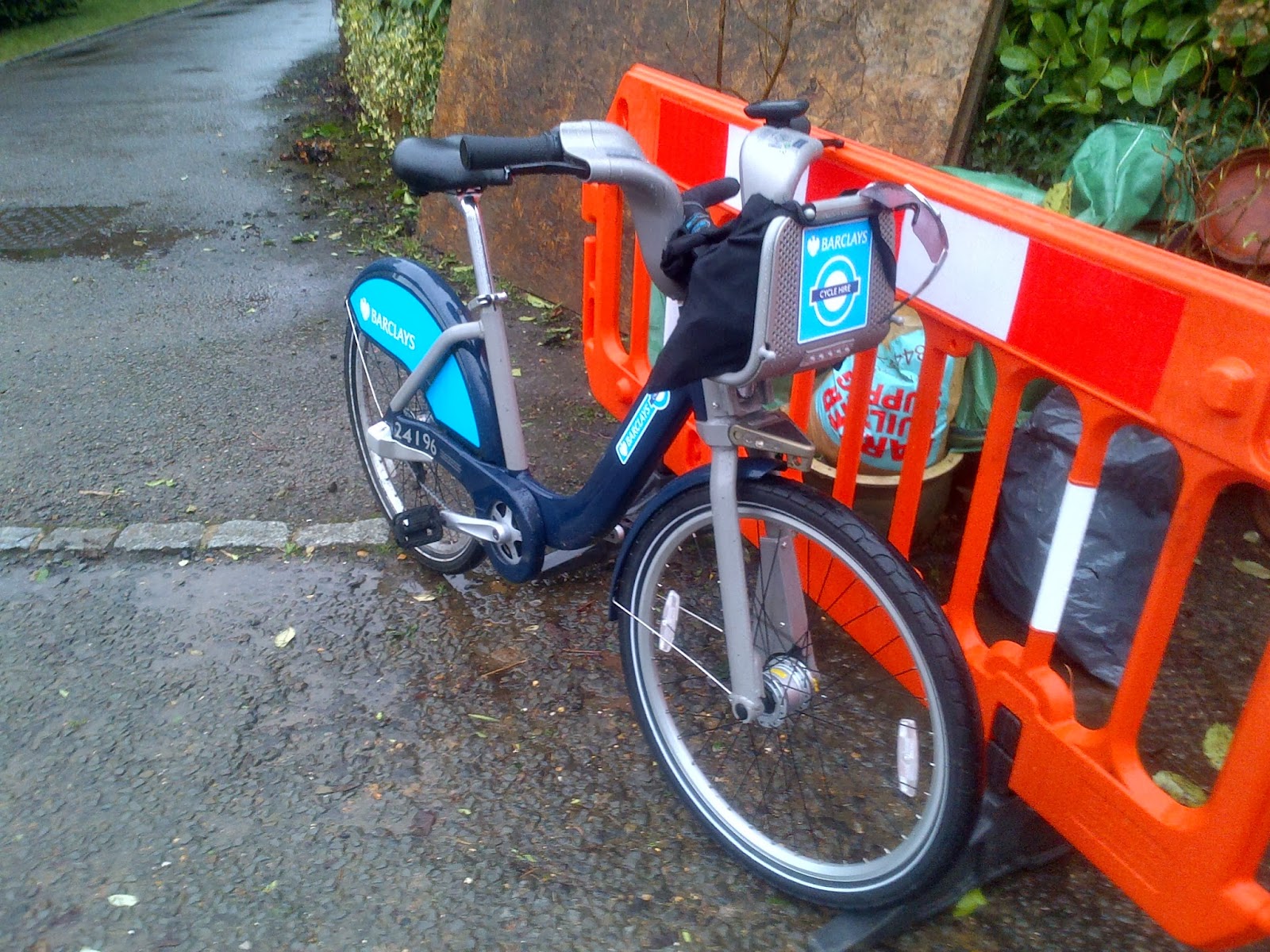 After about 25 miles, I was properly struggling. Cold, wet, feeling a bit miserable, I had in my head - "just get up Turner's Hill and go to the pub and reassess". I got to Turner's Hill and REALLY laboured up over it and by the time I got there I was properly beaten. I had been riding for 3 hours, done 33 miles, taken 3 1/2 hours and I still had 23 miles to go. And I could NOT face it. At 2pm, I estimated it would take me a minimum of another 3 hours to get into Brighton, at which point I wouldn't be able to get on a train and I'd have to wait for another couple of hours there.... 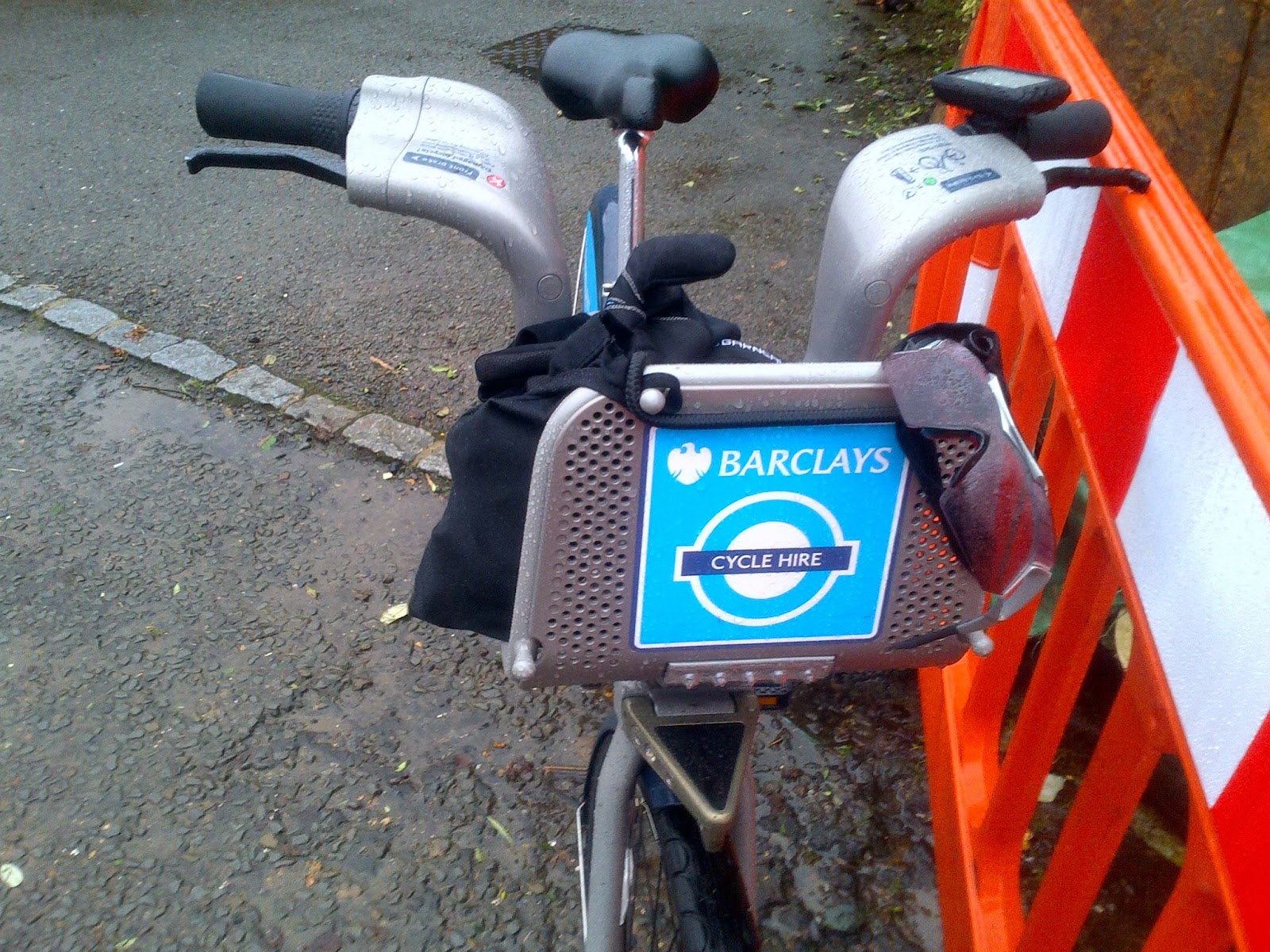 I made the shameful call to my Dad (who lives locally) - he wasn't in, but his partner was (thankfully) and she very kindly came to the pub to pick me up and take me to the station at Haywards Heath so I could get home. The bowl of chips I had in the pub whilst waiting was the most delicious thing I have eaten in a long time. 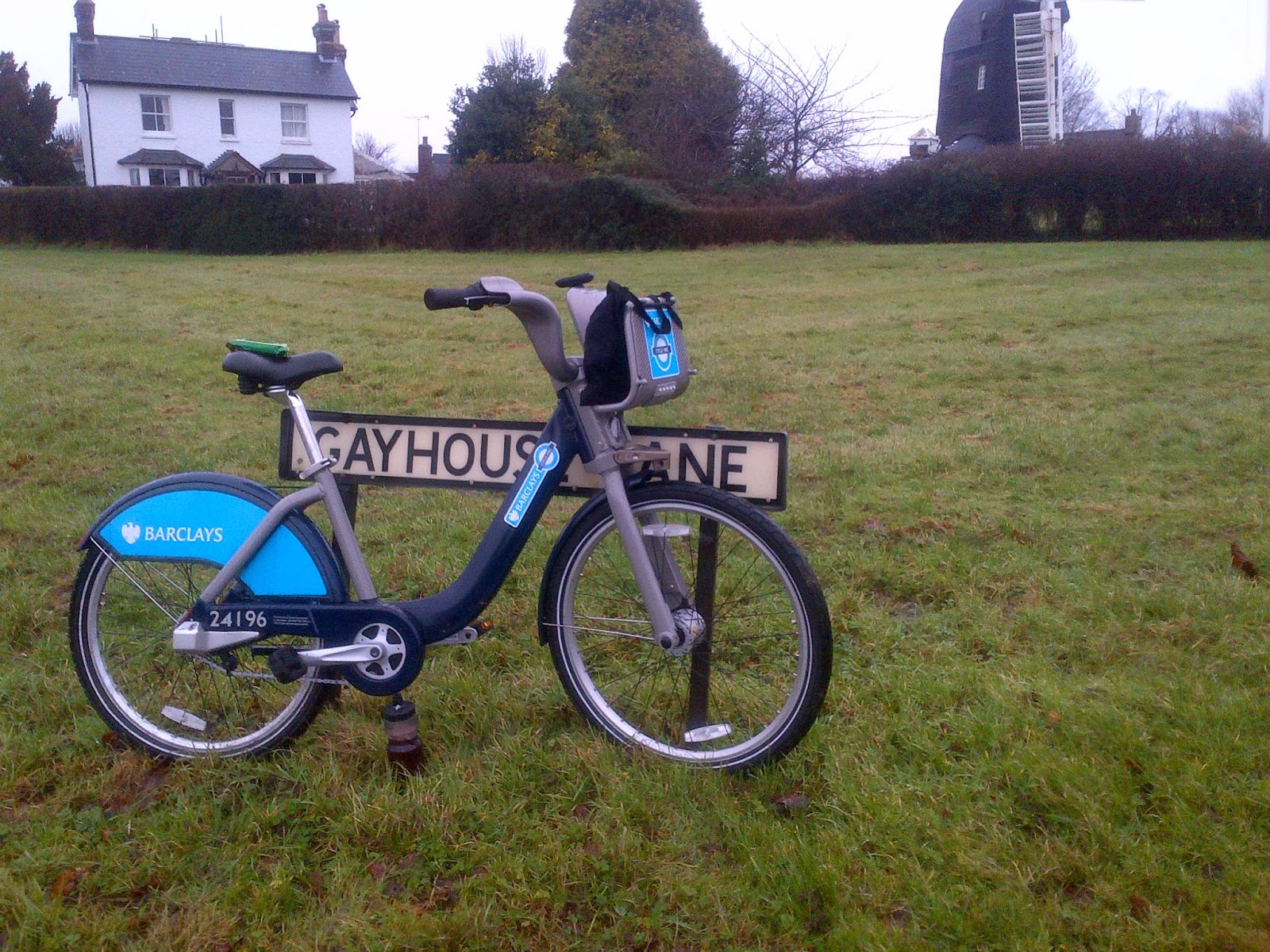 So failed. And properly beaten. But I did do 33 miles. Let's call it "training".... We have unfinished business Mr Boris Bike.