Right - I had to think of something a little bit different as my plan to ride a Penny Farthing had been thwarted by two things. One was the fact that I haven't taught myself to ride a Penny Farthing yet (I tried to get up on it once, the bike fell over and I trod on the wheel buckling it in the process) and two was the fact that the state of the roads down to Brighton are so shocking that I was not confident that I could get down there safely - especially on the tyres which are not air filled, but the kind of hard rubber you find on things like wheel chairs....
So I wondered what I could do - and I thought, well, as it is so dark at the moment, I'll ride down at night - with lights. Of course, how that was going to help me identify where the potholes were was something that temporarily slipped my mind. I chose to do the ride on my "good bike" - it is a Carbon Fibre race bike from Condor Cycles, a beautiful shade of purple and normally very fast (even with me riding it). Riding it through the streets of London was fine - but as I got to Whiteleaf and past Caterham School - I realised that this was the last road light: 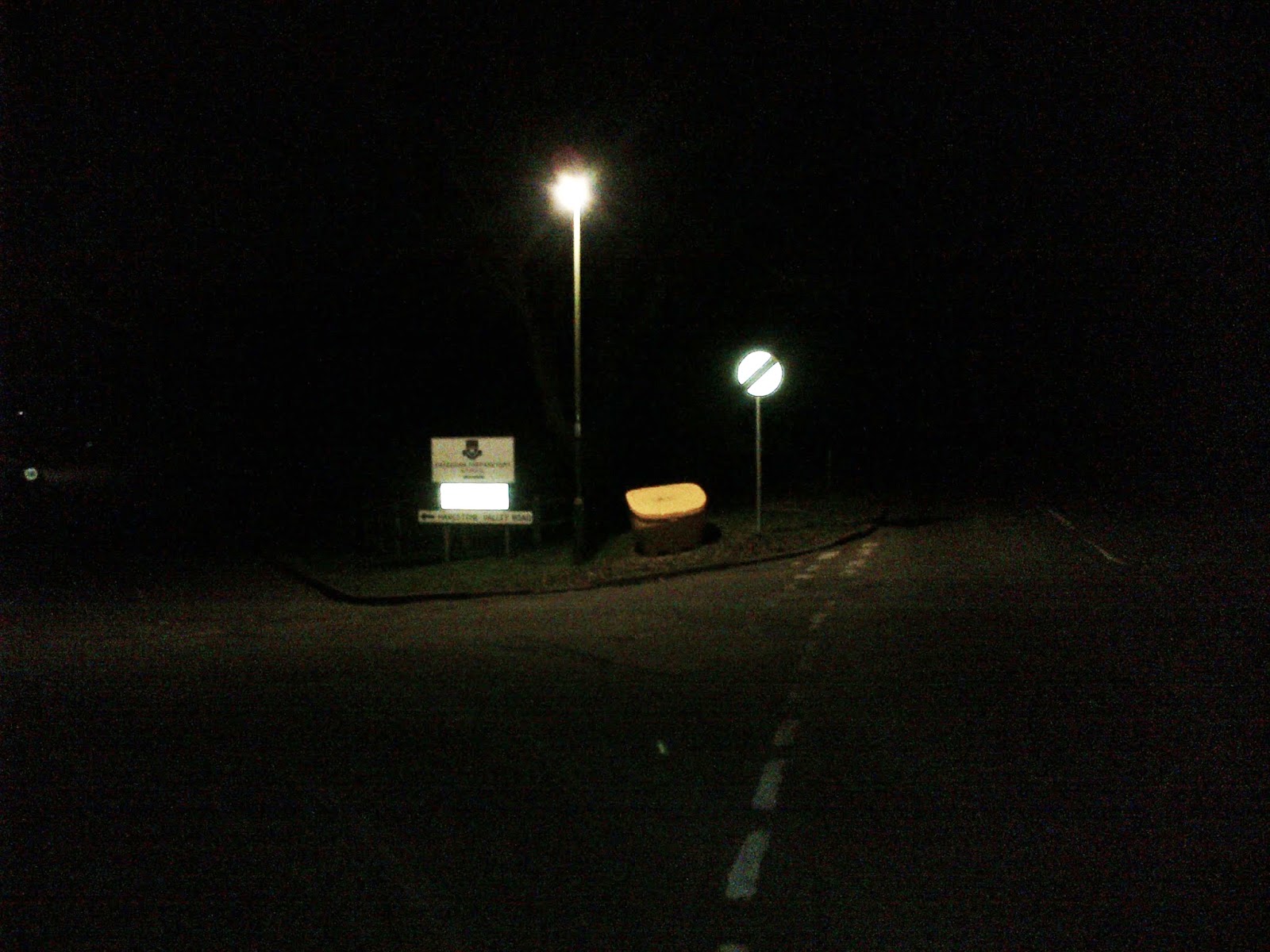 Afterwards, things got a bit dark - although crossing the m25 did lighten things up a bit.... 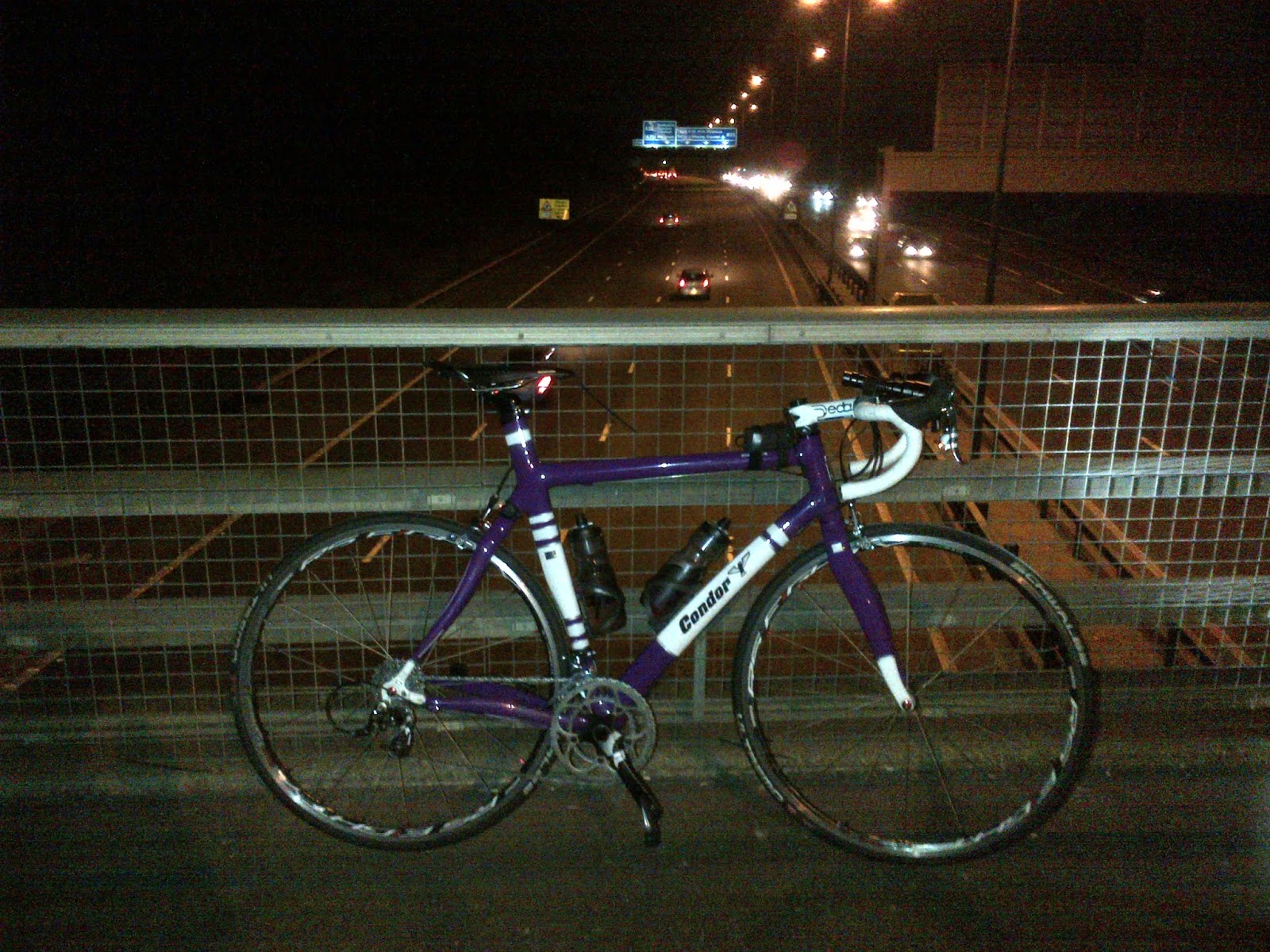 ﻿
Visibility was not brilliant at times - this was my light and gives you an example of how far ahead I could see - not so far! This was fine going up hill when I was going slowly - but not so great going downhill when speeds that I'd normally expect to hit 35mph+ were too hazardous given the state of the roads....﻿ 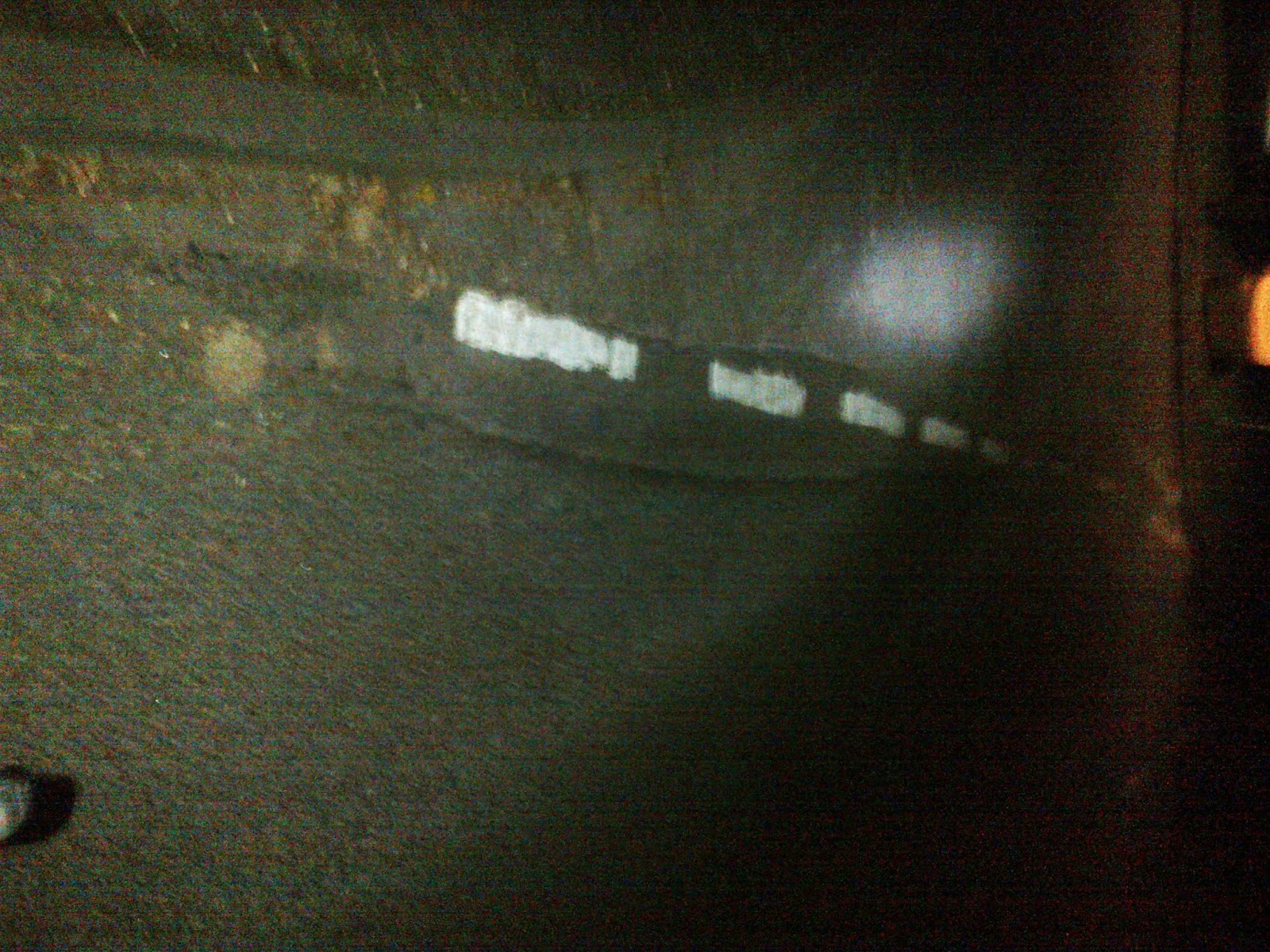 Having said that though, it was a really nice night - crisp and clear although you noticed the cold as soon as you got out of the major London conurbation! Also - my photos weren't quite as good without the daylight - here is the windmill: 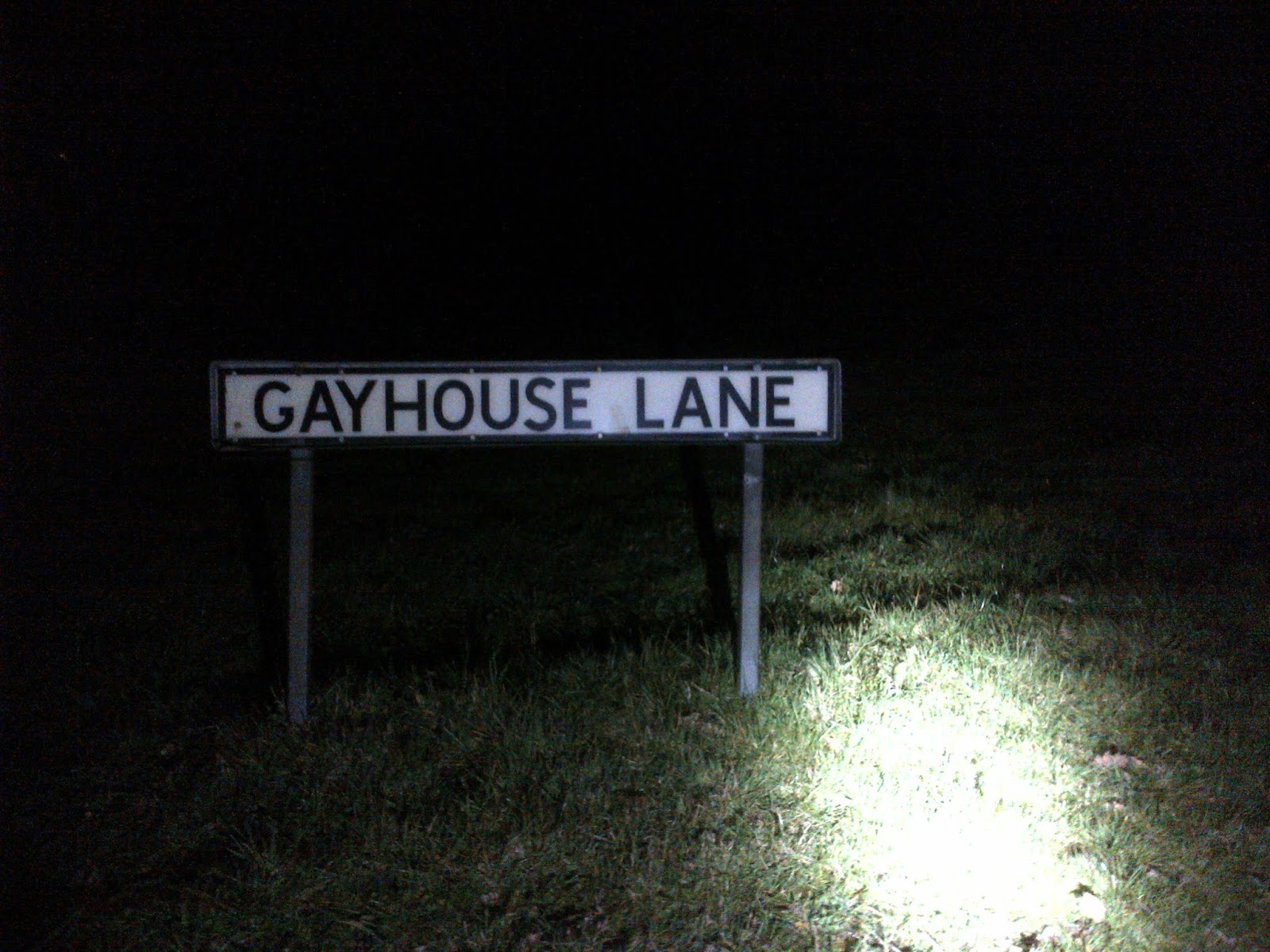 And here was my bike at the top of Ditchling Beacon. You forget (in London), just how much traffic is around and how many people are about ALL the time - this isn't the same even a humble 10 miles out.... 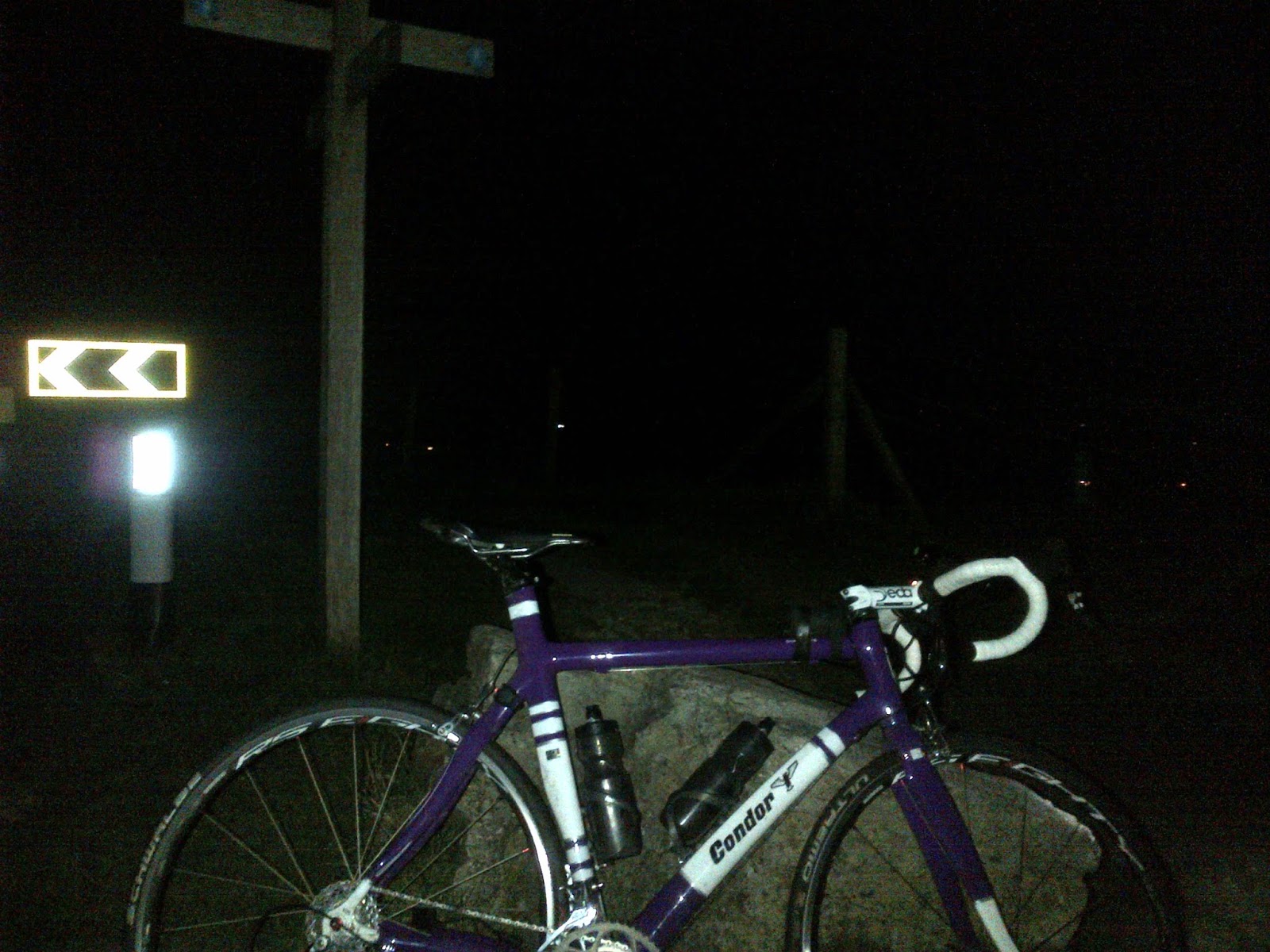 Felt a bit weird getting to Brighton at pub kicking out time with people roaming the streets looking for something to do! I was on a "boozy" train back to London too - lots of banter and chat with strangers looking to say "nice" things about my lycra/bike! Fun! 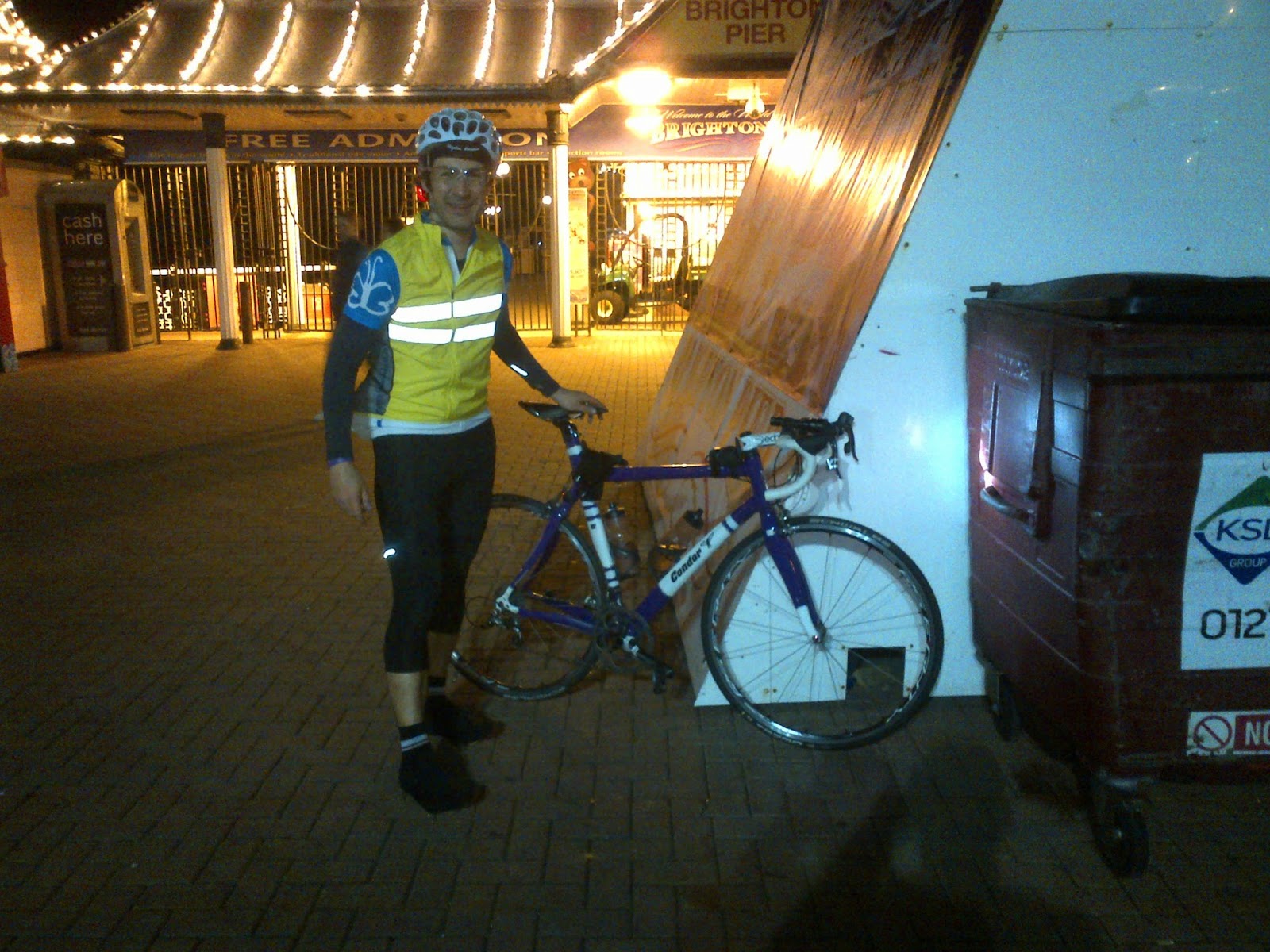 Strava link is here: http://www.strava.com/activities/121272683 a quick one - but it would have been a bit quicker if I could have seen my way on the downhills!