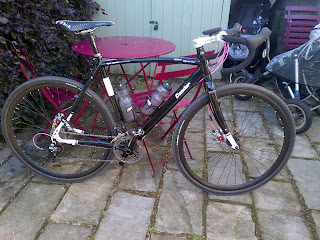 So this was this month's bike. "It looks like a road bike" I hear you cry. Well, it is a bit like a road bike with some crucial differences. It has "disc" brakes which are good for stopping quickly and it has bigger, thicker, bobbly tyres on it which are good for rough ground/off road stuff. So I thought: "Hmm, instead of going the usual ROAD route to Brighton, how about going the "off-road route". And that's what I decided to do! It is a longer route - over 80 miles and it wasn't going to be all nice flat smooth road, so it was going to be a lot tougher....﻿ 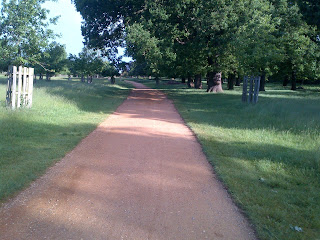 This is pretty typical of the early part of the ride - I had a nice pootle through Richmond Park on the cycle/walking path there, which is a pretty good surface. 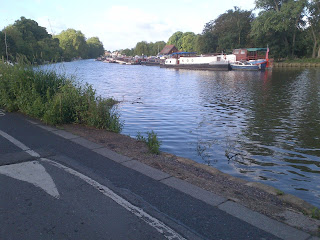 It was then tow path alongside the river for quite a long way. I was quite conscious that I wasn't heading in the right direction for Brighton - instead of heading South, I was heading a lot more "West" - I've done this tow path before and I know that it takes you (eventually) all the way to Bristol, but it was a nice day!

Things did start to get a little bit more "gnarly"once through Weybridge and past the Brooklands museum. The path was "pretty" dry, but there were some really nice "off-road" bits and despite my fatter tyres, I was slipping around a little bit and getting jolted left right and centre. 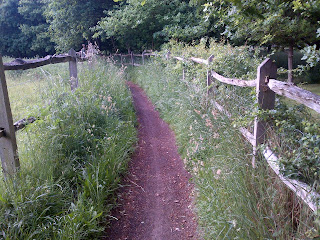 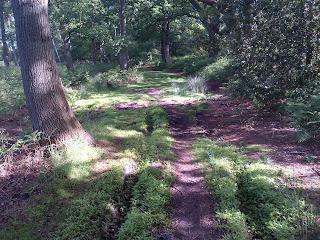 Navigating my way was a little tricky - it wasn't always clear exactly where I was going and you'll see from my Strava map that I did a little bit of doubling back a couple of times! I accidentally tried to go through someone's farmyard - he very politely put me back on the right track and stopped his massive Doberman from having a second lunch! He was pretty cool with me being lost - it felt like I was in the wilds of nowhere despite only being in West Clandon!

The path got a bit flatter and better as I headed down and joined the South Downs way which took me all the way into Brighton. To be honest, this was less "fun" and a bit more of a drag as it was quite often shaded flat work, but the cross bike was perfect for it - it was certainly a lot quicker than the wobbly muddy single track path. 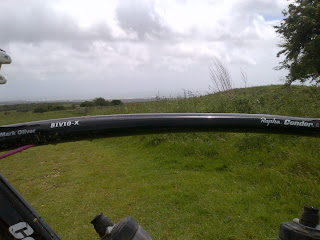 The ride over the Downs was pretty lovely - green grass and beautiful views to the sea. However, the climb (off-road) up the Beacon was a real pig! I'd forgotten that a cross bike has much "harder" gearing than a road bike (42 tooth bottom chain ring compared to 34/39) and the off-road route was littered with huge craters and bunkers. I must confess I had to stop and have a quick breather half way up - I'll have to remember that when I come back! 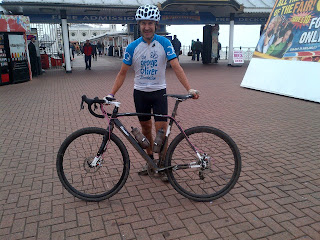 As you can see from the state of the bike - whilst it looked a beautiful day, it was actually a bit muddy and wet out there - I (and the bike) needed a damned good wash when I got back. 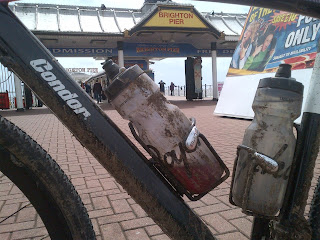 Really nice ride - blinking hard work though and looking forward to doing it on a Mountain Bike to see how that compares....
Route and times here: http://app.strava.com/activities/60492887
6 hours and 10 minutes this time round! Compared to around 4 hours on the last 2 bikes!!